The RGB-Ensemble is dedicated to explore the interaction between the art forms painting, music and dance. In 2013 the ensemble was found by painter Sascha Banck, on whose digital live-painting the work is based on. Banck uses the IPad- App Tagtool to visualize the painting process directly on stage, making it visible to the audience and the other artists.

The aim of the visual work is no static picture, but rather – like a video – the constant change. The app's ease of use, fully covering colours and the absence of drying time draws painting closer to time-based arts like music and dance.

Thereby an immediate and intuitive interaction between these art forms is possible for the first time.

This interdisciplinary artistic approach is the foundation of all performances of the RGB-Ensemble. The repertoire includes both improvisational shows with different casts and elaborated plays like “in between the middle”. 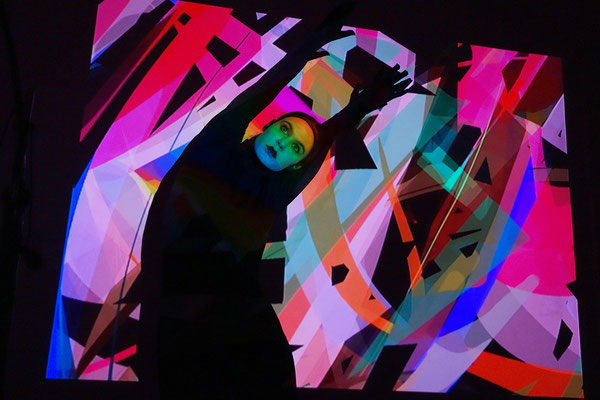 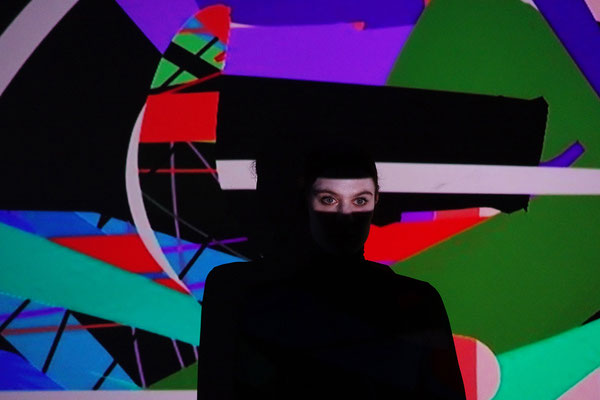 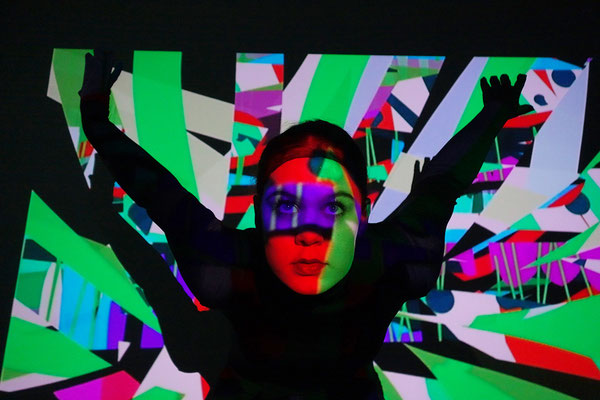 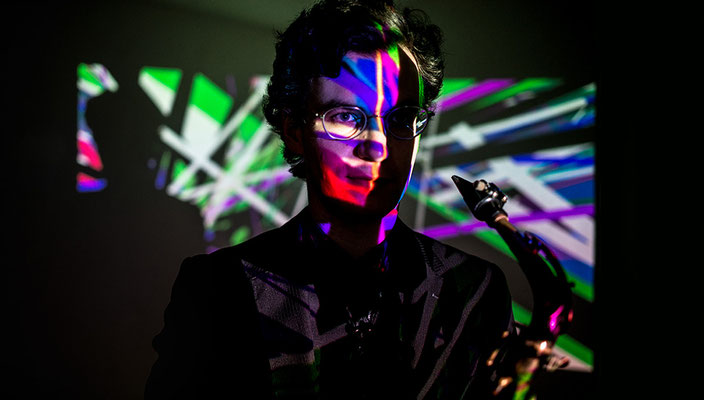 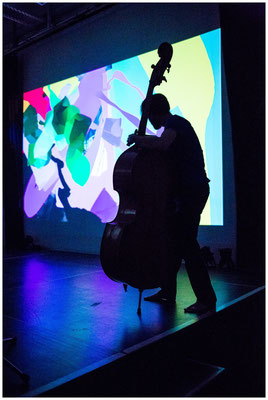